The 7 Best Netflix Movies in November 2020 that Nigerians can watch/download. Sophia Loren Oscar contender “The Life Ahead” and a doc about pop star Shawn Mendes lead a paltry month of new offerings from Netflix.

Maybe Netflix knows that people have more important things on their mind this month, maybe the streamer is just saving its big guns for later, or maybe it’s just trying to focus everyone’s attention on Diana’s introduction on “The Crown” (she roller-skates in Buckingham Palace!).

But November 2020 might be Netflix’s most anemic month for new releases since this column first ran four years ago.

The jury is still out on Ron Howard’s Oscar hopeful “Hillbilly Elegy,” but with “Mank” and “The Prom” waiting in the wings until December that leaves a paltry slate of Netflix Originals topped off by the well-reviewed drama “The Life Ahead” (starring the iconic Sophia Loren, and directed by her son) and the as-yet-unscreened pop doc, “Shawn Mendes: In Wonder.”

When it comes to library titles, the offerings range from hard classics like “Boyz n the Hood” and “A Clockwork Orange” to reliable favorites like “Ocean’s Eleven” and whatever “Hit Hard” is besides something to watch between seasons of “Cobra Kai.” Lucky for you “The Queen’s Gambit” isn’t going anywhere.

Here are the seven best movies new to Netflix this November.

Here are a few things I know about pop star Shawn Mendes: He’s not a Jonas (I’m only 95% sure about this one), he wrote that absolute banger I used to listen to at the gym back when gyms existed, and the thunderously loud concerts he played in downtown Toronto during the first weekend of TIFF last September drove a significant portion of the world’s film critics insane.

And yet, sight unseen, I’m admittedly curious to check out this feature documentary about his life and career. He has Taylor Swift to thank for that, as the excellent film that Netflix released about her political awakening earlier this year helped galvanize a trend that’s been simmering on the back burner for a while now (let’s not forget Lady Gaga’s “5 Foot 2” on Netflix Movies).

And sparked perhaps too much poptimism that the incoming wave of “behind the curtain” music docs might be more substantive than they sound. Of course, Swift had the benefit of collaborating with the great Lana Wilson, and there’s no telling if music video veteran Grant Singer is going to mine similar interest from Mendes.’

Story with his debut feature, but this kind of film is becoming increasingly common (“Blackpink: Light Up the Sky” is now on Netflix, with R.J. Cutler’s Billie Eilish doc coming to Apple TV+ early next year), so there’s good reason to hope that “In Wonder” will respect the high bar that’s been set for its genre so far.

Despite being too young to have trained alongside Ralph Macchio, and too old to think of Jackie Chan as our Mr. Miyagi, millennials still have a Karate Kid to call their own thanks to Hilary Swank.

A video store staple that has since risked falling out of the public consciousness forever, “The Next Karate Kid on Netflix Movies” gender-flipped a major Hollywood franchise before that became all the rage in the 21st Century.

And it managed to recapture a lot of the original trilogy’s formula-driven fun in the process. Funny as it can be to look back at pre-Oscar Swank in a role like this, she does a solid job of splitting the difference between live-action Disney heroine and something a bit rougher around the edges.

If that’s not enough to sell you on a trip down memory lane, how about a performance from the ever-reliable Michael Ironside, a glimpse at a baby-faced Walton Goggins, and — wait for it — camerawork from “Easy Rider”.

In a year without Cannes, the Oscar for Best International Film is anyone’s for the taking, and Netflix Movies isn’t going to miss an opportunity to shoot its shot and pick up some easy hardware.

Enter: Edoardo Ponti’s “The Life Ahead,” an Italian melodrama starring the great Sophia Loren (Ponti’s mom) that seems custom-made for the awards race.

Here’s what IndieWire’s Eric Kohn wrote about the film in his recent mixed-positive review:

On paper, “The Life Ahead” sounds like sentimental mush — orphaned immigrant kid gets rescued from a tortuous life of crime by the maternal Holocaust survivor and former prostitute who takes him in.

And make no mistake: Director Edoardo Ponti, who directs his mother Sophia Loren as said survivor opposite newcomer Ibrahima Gueye as the immigrant child in question, certainly has made that kind of movie. But with its formidable odd couple at the center and Ponti’s alternately slick and sensitive direction.

“The Life Ahead” manages to make the case for its hackneyed setup in real time.

While “The Life Ahead” draws from the same Romain Gary novel that inspired the 1977 Oscar-winner “Madame Rosa,” Ponti and co-writer Ugo Chiti have transplanted the setting from France to inner-city Italy and set the drama in the present day.

That means cinematic grand dame Loren, returning to the screen for the first time in a decade, can play a role that fits her 86-year-old visage, and she brings a sturdy, domineering quality to the part. Yet Gueye, as the 12-year-old drug dealer forced to live under the elderly woman’s care, ends up as the real centerpiece.

“The Life Ahead” may give a screen icon room to shine, but it’s even more effective as a vessel of discovery.

Available to stream on Netflix Movies by November 13.

Sandwiched between “She’s Gotta Have it” and “Do the Right Thing,” Spike Lee’s semi-autobiographical “School Daze” bristles with the raw energy that Lee has still yet to lose, and remains an essential chapter in the story of his life as an artist.

Here’s what IndieWire’s Tambay Obenson wrote about the film earlier this summer as part of his list of 10 essential Black films that are available to stream:

“School Daze” was inspired by director Spike Lee’s own experiences in a deeply entrenched, social-climbing fraternity/sorority system, while an undergrad student at Morehouse College in Atlanta.

Much of tension arises from the intraracial conflict between the light- (“Wannabes”) and dark-skinned (“Jigaboos”) African-American students.

Characteristically, Lee gave himself a juicy supporting role, playing a freshman who willingly endures the most improper of humiliations in order to be accepted by the “Wannabe” fraternity.

“School Daze” isn’t neat, but what helps keep it all together are its thought-provoking themes, strong performances, and an infectious energy.

Available to stream on Netflix Movies this November 1.

A South Central coming-of-age story that traces the emotional development of three childhood friends played by Cuba Gooding Jr., Ice Cube, and Morris Chestnut in his first feature role, “Boyz n the Hood” was an instant landmark for American cinema, and endures as a film that hasn’t lost any of its power in the decades since.

The day after writer-director John Singleton’s devastatingly premature death last April, IndieWire’s Tambay Obenson penned a tribute to the late filmmaker’s breakthrough feature — the film that earned the 23-year-old Singleton the distinction of being the first Black person ever nominated for Best Director at the Oscars.

Obenson wrote that “While Spike Lee paved the way, ‘Boyz n the Hood’ made Singleton the first Black filmmaker to find mainstream commercial success in the studio system while representing a little-represented part of society.

By tackling a thorny subject in a way that had rarely been seen in a film of its caliber, his film humanized its characters as victims of larger systemic issues rather than stereotypes.

While Singleton was only 23 at the time of the film’s release, his debut displayed a profundity and emotional sophistication that led to its regard as a work of monumental social importance Netflix Movies download.

Its success — $57.5 million on a $6.5 million budget — and critical acclaim (it even screened at Cannes’ Un Certain Regard) ultimately did little to change a system that was more interested in exploiting the financial potential of a new ‘sub-genre’ rather than creating real change in the form of a more diverse and inclusive power structure, but that reality continues to underscore the film’s enduring relevance.”

When the IndieWire staff ranked the films of Stanley Kubrick, “A Clockwork Orange” came in fifth, putting it above the likes of “Eyes Wide Shut,” “The Killing,” and “Paths of Glory.”

If that isn’t enough to convince you of its greatness, allow Toolkit Editor Chris O’Falt to explain why this deranged masterpiece amounts to more than the sum of its most iconic sequences:

The social satire of “A Clockwork Orange” has become an accepted part of popular culture, which somewhat masks its status as one of Kubrick’s most heady and most risk-taking works.

Adapted from Anthony Burgess’ 1962 book, it tells the story of Alex (Malcolm McDowell, in one of those roles that sticks to an actor for decades) and his crew of “droogs,” a group of violent juvenile delinquents in a future dystopia on Netflix Movies.

In a film that explores the potential dangers of how behavioral psychology could be used by a totalitarian government, Kubrick was uncharacteristically open in announcing the film’s themes he was exploring.

He wrote: “It is a story of the dubious redemption of a teenage delinquent by condition-reflex therapy. It is, at the same time, a running lecture on free-will.”

The film’s subversive brilliance is how Kubrick uses cinema to not only make Alex and his “droogs” palatable, but also uncomfortably entertaining.

Kubrick constantly, but expertly, teeters on the line of identification and satire of his nihilistic characters who beat, rape, and steal.

In a unique combination of music and costuming — because what thug doesn’t wear white leotards, a black derby, and love to kick back to some Beethoven — Kubrick created a cartoonish version of cool, and confronted the audience with its moral attitudes about the constraints of society, government, and the concept of free will.

Has there ever been a more eminently re-watchable movie than “Ocean’s Eleven?” That’s a rhetorical question — of course there hasn’t.

Maybe the most confidently directed movie about confidence men, Steven Soderbergh’s Rat Pack remake is all about star power, and it picks up every ounce of swagger that Frank Sinatra and Joey Bishop left behind.

The basic idea couldn’t be simpler: George Clooney and Brad Pitt assemble a team and try to knock off the biggest casino in Vegas (though one of them is doing it for decidedly personal reasons).

But the simplicity of the plot only gives Soderbergh’s impeccable cast more time to fill in the blanks, and they make sure that every square inch of this movie is dripping with personality.

From Matt Damon’s anxious pickpocket to Carl Reiner’s old-timer master of disguise, each member of the gang is unforgettable in their own way, and the precision with which Soderbergh arranges them during the big heist is hugely satisfying every time.

“Ocean’s Eleven” may not have been new at the time, but it still hasn’t gotten old. 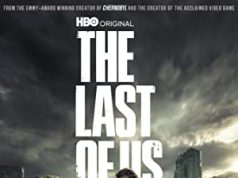 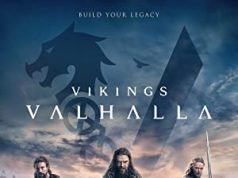 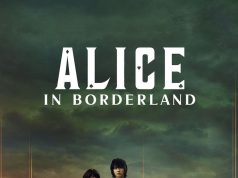 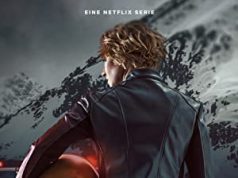 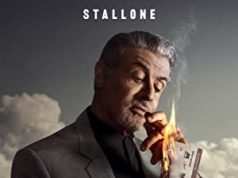 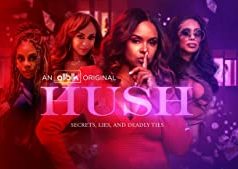 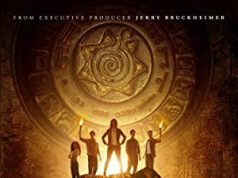 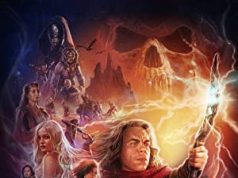 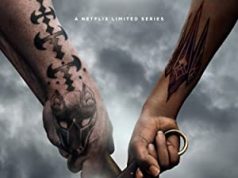 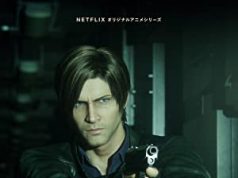 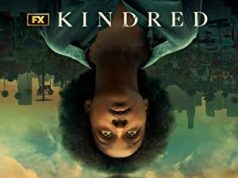