Rhett Hartzog is a successful Atlanta-based businessman who is best known as a celebrity spouse. He is the former husband of popular American actress Andie MacDowell. The actress is famous for her killer performance in the movie Sex, Lies, and Videotapes.

Like many other people whose spouses are in the entertainment industry, Rhett Hartzog is mostly identified as Andie’s ex-husband than as a businessman. But his recognition as Andie’s ex does not do justice to all there is about him. Find out more personal details about the good-looking entrepreneur here.

Rhett Hartzog was Born in Houston Texas Some 63 Years Ago

Rhett, who came into the world on the 21st of April 1958, is 63 years old. He was born in Houston, Texas, USA, but there is only little detail available about his early life and nothing about his family. The names and occupations of his parents are unknown.

There is also no information about his siblings and how successful they are. The businessman does not seem to be a fan of the media despite having once been married to an actress. Hence, he has chosen to keep his family and some personal details under the radar.

For his education, Rhett Hartzog attended Gaffney High School in Gaffney, South Carolina. Upon graduating high school, he went to college where he obtained an advanced degree. However, there is no detail yet about the course he studied or the college he attended. 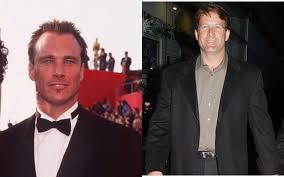 Despite being a very private person, there are certain pieces of information the entrepreneur cannot completely keep from public knowledge and this includes his marriage to the celebrated actress. Just as in his early life, not much is known about his personal life outside of his marriage to Andie. While they were together, they both seemed like a perfect match, sadly, things are not always what they seem and their separation happened faster than anyone would have thought.

Before they got married, Rhett Hartzog and Andie MacDowell were classmates from way back in high school. They both attended Gaffney High School but eventually moved on with their separate lives. Rhett however later confessed that he had always had a crush on Andie while they were in school.

Years later, the two got reunited with the help of Julia, Andie’s sister. Since they were not complete strangers, it was easy for the both of them to connect. Soon, they fell in love with each other and decided to get married. They met again for the first time after high school in 1999 and they got married in November 2001, two years after their reunion. This was a second marriage for the actress as she had previously been married to Paul Qualley. She also had a long-term relationship with Dennis Quaid after her first divorce.

At the time of their getting married, Hartzog was 45 years old while MacDowell was 46. Their wedding was an elaborate ceremony with about 450 guests. The wedding happened in Asheville, North Carolina, USA. The children of the actress from her first marriage – Justin, Rainey, and Sarah Margaret were all present at the wedding.

Rhett Hartzog and Andie MacDowell Divorced 3 Years After Getting Married

Although the wedding was glamorous, it appears that the marriage wasn’t as both parties decided to go their separate ways only three years into the marriage. MacDowell filed for a divorce in 2004. Karen Sanfilippo, Andie’s spokeswoman confirmed the separation while the parties directly involved chose not to make any public statement about the divorce or what had led to it. According to people.com, a source had mentioned that it was both a painful and private time for them.

For the three years for which they were married, the couple did not have any children. The children Andie has are from her first marriage while Rhett does not have any children to the best of our knowledge. Whether or not he got married again after the divorce is hard to tell because he has continued to stay under the radar as much as he can.

The Former Couple Are Both Successful in Their Individual Careers

As mentioned earlier, Rhett Hartzog is a committed businessman who has acquired enough wealth for himself. As an entrepreneur, he mainly deals with jewelry and he is quite successful at what he does. Nonetheless, he became famous as the ex-husband of MacDowell. There is no doubt that the businessman is doing well himself and he definitely makes good money, the bulk of which comes from his jewelry business. However, Rhett’s net worth is not known. We do not also know his annual or monthly salary.

Rhett Hartzog who appears to have chosen a private life is not present on any social media platform. His ex-wife on the other hand is active on social media.

Andie MacDowell is a prominent actress and model who has featured in several movies and TV series, including St. Elmo’s Fire, Green Card, Hudson Hawk, The Object of Beauty, The Player, Short Cuts, Four Weddings, and a Funeral, Ready or Not, etc. Among the many projects she has worked on throughout her career, her role in Sex, Lies, and Videotape stood out for a lot of fans viewers.

As a model, Rhett’s former wife is associated with the famous ‘Calvin Klein Inc.’  She has also worked with ‘L’Oreal’ and many famous brands. Like her ex-husband, Andie is at the top of her career game. Regarding her worth, she has an estimated net worth of $20 million as of 2022.