A story of love and friendship between five high school students from Seoyeon High School.

Lee Ha-Min (Seo Ji-Hoon) appears like a bright person, but there is also the darkness within his mind. Han So-Mang ( So Ju-Yeon) is a warm-hearted person, but she is also quite timid.

Lee Jae-Min (Kim Min-Kyu) is a popular student with a painful past. He is kind to everyone around him. Yoon Bo-Mi (Kang Hye-Won) is a sweet, model student.

Choi Jin-Young (Yoon Hyun-Soo) loves playing games. He can seem unfriendly and has a delicate personality.

PLEASE USE Use VLC or MX Player app to watch this video with subtitles if stated on the post (Subtitle: Contains English subtitles). 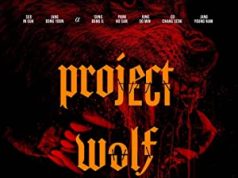